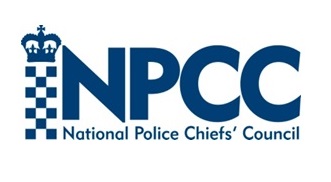 The National Police Chiefs’ Council (NPCC) coordinates the operational response across the service to the threats we face in the UK, such as terrorism, organised crime and national emergencies. The NPCC brings together and is funded by police forces in England, Wales and Northern Ireland as well as the armed services and some British overseas territories.

Every police force is represented in the work of the NPCC through Chief Constables’ Council. The NPCC draws on the efforts and expertise of chief officers around the country - those at the rank of Assistant Chief Constable and above, or Commander and above in Metropolitan Police Service and City of London Police, and senior police staff equivalents. While all chief officers will have the opportunity to be involved in and shape the work of the NPCC, it is not a membership body in the traditional sense.

Chief Constables’ Council is the primary decision-making forum for the NPCC. Every three months chief constables (and equivalents) meet to discuss operational policing issues and agree action. Working with the College of Policing, the council takes decisions on national standards and common approaches with the aim of protecting the public from the most serious and strategic threats.

In addition to their day jobs, individual chief officers support the work of the NPCC by taking responsibility for specific crime and policing issues from a national operational perspective.

There are twelve broad coordination committees, each led by a chief constable, covering issues such as crime operations, finance and criminal justice. Underneath these broad categories chief officers take the lead on specific issues. For example, under the Crime Operations Committee there are individual leads for domestic abuse, rape, drugs and cyber-crime.

The NPCC is underpinned by a legal agreement between relevant parties under Section 22A of the Police Act 1996, signed by chief constables, PCCs and non-Home Office Force equivalents. The NPCC is hosted by the Metropolitan Police Service (MPS) but is independent of it.

There are a number of national policing units and bodies that operate across the UK, details of which can be found by visiting http://www.npcc.police.uk/NationalPolicing/Default.aspx