​The Security Industry Authority (SIA) has launched a campaign to promote safer workplaces for security staff.

The #SaferWorkplaces campaign will encourage security operatives to report violence against them. It’s also aimed at employers and venue managers, to remind them of their role in ensuring the safety and well-being of their security staff.

Ed Bateman, Director of Partnerships and Interventions at the SIA, said:

“Too often the burden of dealing with violence falls on the shoulders of individual security operatives. They take responsibility when a situation escalates, and they pay the price, often in injury or trauma. Their employers, and the managers of the venues and events at which they work, should be working hard to address the causes of violence. ​There are some excellent examples of good practice. Many security providers invest substantially in additional conflict management training for their staff and have effective incident management reporting procedures. But this is not universal, and more needs to be done. In situations where violence does happen, all those responsible for security staff should be encouraging them to report it. It’s not ‘all in a day’s work’ for a security operative to return home to their family injured.”

The #SaferWorkplaces campaign will run until 06 December, and will involve SIA regional staff visiting 25 towns and cities across the UK. 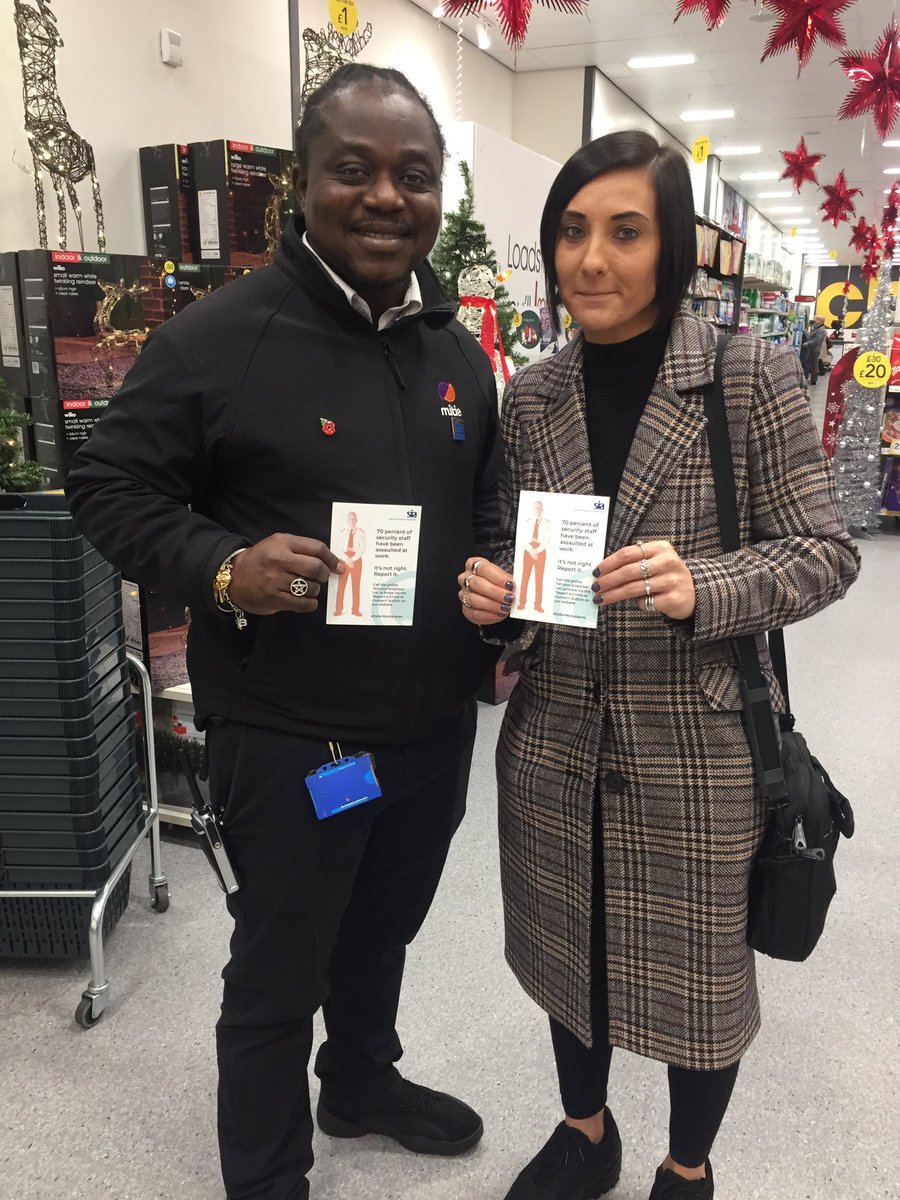 Kevin Young, who manages the SIA’s South East Region Partnerships and Interventions team, is leading the campaign. He said:

“Security companies and venues have a crucial part to play in reducing violence against their staff. They can do this by conducting proper risk assessments and taking practical measures to ensure a safer environment. For venue owners, there is a clear benefit to them; a safe and well-run venue is far more attractive to the public. It is also crucial that anyone who employs or uses security operatives is supportive of their staff in the face of violence. This means encouraging them to report incidents of violence against them.”

The #SaferWorkplaces campaign, which is aimed at workers in the daytime economy, is a companion to the SIA’s #SaferNightsOut campaign. This ran in June and July, and was intended to encourage door supervisors in the night-time economy to practice safer physical intervention, and to report violence against them.

“We’re looking forward to meeting security staff across the country. We’re asking security companies, venues, and operatives themselves to look out for our #SaferWorkplaces messages on social media. Please share our messages, and get involved in the conversation. We all have a role to play in reducing and managing violence and its consequences.”

The #SaferWorkplaces campaign page, which has resources for operatives, employers, and venues, can be found on the SIA’s website here​.​​